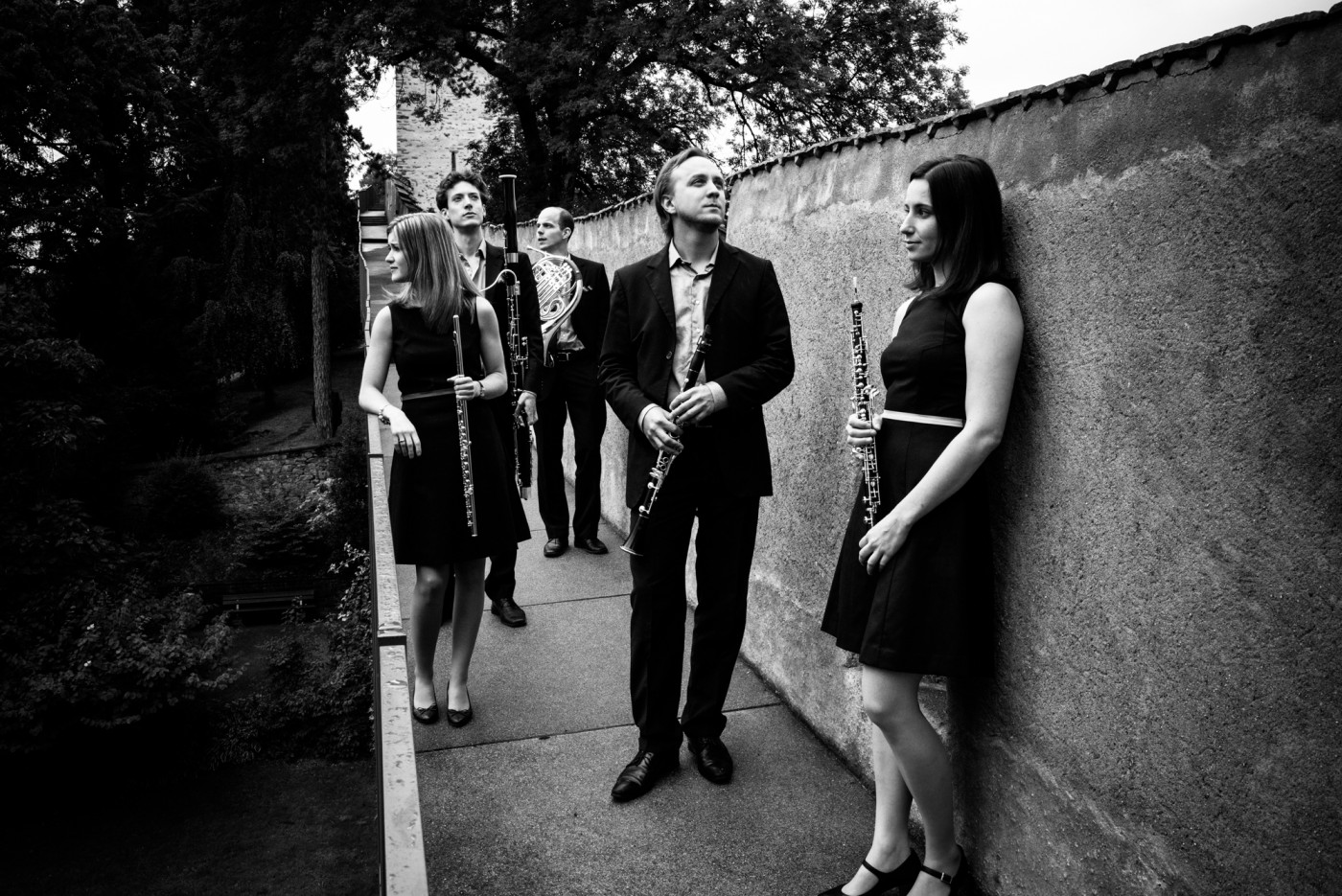 This ensemble consists of five young instrumentalists who graduated at the Lucerne and Zurich Universities of Arts in Music and are all performing on the national and international artistic scene, either in an orchestra, as freelance musicians or as music teacher.
During these ten years the five musicians grew together as a real unit (sometimes as a familiy too) and even if it’s not always easy to meet, to rehearse and to organize concerts, the pentaTon quintet keeps ist place and position in the swiss and luxemburgish chamber music scene.

Their common aim is to work on established and lesser known compositions written for woodwind quintets and to find their feet in the international concert field. One main focus of their musical activities is the promotion of the works of Swiss composers, specifically those belonging to the young rising generation. In the last few years more and more luxemburgish composers got interested in the ensemble, such as Marco Pütz who wrote a wunderfull piece for them.

The quintet can already draw on many highlights of its concerting career, such as a concert tour with the pianist Ulrich Koella and various representations as invited „Ensemble in Residence“ in the framework of the Festival TICINO MUSICA (Switzerland). 2013 and 2015 pentaTon played several concerts on the occasion of the Chamber Music Festivals in Adelboden and Arosa.

In addition to numerous concert tours in Switzerland and other european countries, the quintet participated with great success in a wide range of competitions. pentaTon is notably double prize winner of the „ORPHEUS“-Swiss Chamber Music Competition 2013 and 2015.